This is a guest post by Leena Shah, DOAJ Ambassador, India. 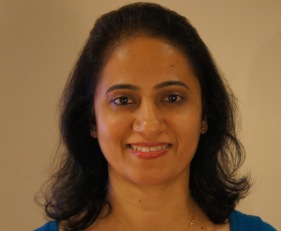 It is interesting to note that since the introduction of new criteria for DOAJ listing in March 2014, we have received the highest number of new applications from Open Access journal publishers in India, followed by those in Indonesia, USA, Brazil and Iran. From around 1600 new applications received from India since March 2014 only 4% were accepted, with 78% of the applications rejected for various reasons and approximately 18% still in process.

Looking at the high volume of new applications from OA publishers wanting to be listed in DOAJ, it would seem that the Gold OA publishing model is well accepted and understood in India. But three quarters of the DOAJ applications from India in the last three years have been rejected – often for being questionable, duplicate applications or for not being a journal at all! Two things emerge from this – firstly that there may be many genuine, small-time publishers who lack knowledge of best practices in journal publishing, and secondly the increasing number of unscrupulous publishers in this region exploiting the gold OA model, claiming to be legitimate journals in order to pocket the Article Processing Charge (APC) from the author but providing little or no editorial services in return. With the new criteria for listing in DOAJ implemented in 2014, OA journal publishers are required to furnish APC information, and out of the 74 new applications that have been accepted from India since then and are currently listed in DOAJ, 52 journals do not charge any APC. A complete list of OA journals published in India and currently in DOAJ that do not charge APC is available here.

India also emerges as one of the top three countries behind USA and Indonesia for generating traffic to the DOAJ website (usage statistics based on number of user sessions). With this being the case, why are researchers still publishing in fake journals?

Many articles have been published about the rise of research fraud in the last few years, with researchers and academicians from major academic institutions in India and national institutes publishing in fake/substandard journals for career advancement. Recently this led to a small but important development in scholarly communication. To nudge researchers towards publishing in peer-reviewed and credible journals, the University Grants Commission (UGC) announced in January 2017 an approved list of journals for the Career Advancement Scheme (CAS) and the direct recruitment of teachers and academic staff.  This is a dynamic list of 38,653 legitimate journals across disciplines. This list is to be viewed as an evolving document which will need major revisions to make it comprehensive and available in a format that is easier to analyse and interpret. In March 2017, DOAJ submitted a request to UGC to include Open Access journals that are listed in DOAJ in the approved list.

In other developments across the region, Open Access India, an online community of practice with volunteer members, launched in 2011 to advocate Open Access, Open Data and Open Education in India, submitted a proposal in February 2017 to the Ministry of Human Resource Department (HRD) and Ministry of Science & Technology, Government of India, for a National Open Access Policy to mandate Open Access for all public funded research in the country. In February 2017, an Open Access India community initiative, AgriXiv hosted by the Open Science Framework, was launched to provide free, open access archives for preprints related to agriculture and allied sciences.

Other noteworthy OA resources in India include Listing of Open Access Databases (LOADB)  a portal launched in October 2015, which offers a classified and categorized listing of Open Access databases. This was developed by Council of Scientific and Industrial Research (CSIR) – Unit for Research and Development of Information Products (URDIP).

Finally, some of the national research institutes such as:

Council for Scientific and Industrial Research (CSIR), Indian Council of Agricultural Research (ICAR), Department of Biotechnology (DBT) and Department of Science & technology (DST) have adopted an Open Access mandate. According to the mandate, researchers funded by these organisations are required to submit the final accepted version (without publisher formatting) of the paper to their institutional repository after verifying the archiving policy of the journal publisher. This Green OA model has its challenges in implementation and building awareness of OA, but for a large country like India where scientific output is high there is room for both Green as well as Gold OA.

Pushkar (2016, June 21). The UGC deserves applause for trying to do something about research fraud. The Wire. Retrieved from https://thewire.in/44343/the-ugc-deserves-applause-for-rrying-to-do-something-about-research-fraud/