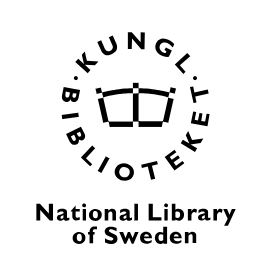 – Your organisation has been supporting DOAJ for some years now. Why is it important for the National Library of Sweden to support DOAJ?

The National Library of Sweden (NLS) has been supporting DOAJ from the very beginning, partly financing the launch of DOAJ at Lund University in 2003. For NLS it is important to support DOAJ as an independent part of the scholarly communication infrastructure. NLS promotes open sources with international standards and rich quality metadata which DOAJ stands for. NLS relies on DOAJ’s assessment on quality Open Access journals and uses DOAJ as a data source for verifying and enriching metadata on Open Access publications from the Swedish universities.

– What is the National Library of Sweden doing to support that development? Do you have any exciting projects underway?

NLS is developing the national research publication database Swepub in regards to needs of bibliometrical analysis. One of the needs is to be able to collect data on Open Access publications from the Swedish universities. For this NLS uses DOAJ to verify and enrich Open Access status.

Since 2006 The National Library of Sweden has worked with advancing open access to scholarly output. At the beginning of 2017 the National Library received an appropriation directive from the Swedish Government to act as a national coordinating body in the work towards a transition to open access to scholarly publications. NLS coordinates five studies concerning different aspects of the transition to an open access publishing landscape:

All groups have stakeholder representation from Swedish funding agencies, HEIs, researchers and the National Library of Sweden. The goal of the studies is to formulate recommendations for national solutions to fulfil the goal of the Swedish Government; that the transition to open access to scholarly publications, research data and artistic works should be fully implemented in 2026 at the latest

– What are your personal views on the future of Open Access publishing?

It is our firm belief that open access will strengthen the scholarly system as well as society at large. A broad collaboration between stakeholders is needed in order to achieve the goal of open access. Also, we aim to strengthen the control of the total costs of publishing while preserving the quality control system. This is no easy task, conflicting interests complicates the transition to a sustainable open access publishing system.

– What do you think that the scholarly community could do to better support the continued development of the Open Access movement in the near future?

As long as there are little or no incentives or rewards for researchers practicing open access and open science, the prestige economy will continue to hinder the development. Scholarly community leaders have an important role to show the way forward.

– Much has been said recently about whether open access is succeeding or failing, particularly in terms of the original vision laid out by the Budapest Open Access Initiative in 2002. Do you think that open access has fallen short of this vision, or has it surpassed expectations?

None of the above. We are in the middle of a very complex societal transition where digitization strongly affects both research and higher education. This transition is still ongoing and has never been tried before – we are living in a trial and error era.