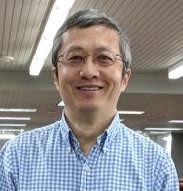 When did you start volunteering for DOAJ?

What does your work as an editor entail?

The Southeast Asia Group primarily evaluates journal applications from Japan, Korea, and then other Southeast Asian countries. As Editor, I manage the associate editors and the applications assigned to them on top of processing my own applications. I follow up with associates and help them when they have questions.

What is most interesting about being an editor at DOAJ?

Professional development is probably the biggest accomplishment for me as a DOAJ volunteer. During the past five years with DOAJ, I have learned a lot about Open Access even though I had published two Open Access articles before I joined DOAJ.

Could you tell us some examples of areas where you improved your expertise?

I learned about Creative Commons (CC) licenses. Without being at DOAJ, I probably either would not know about, or would not pay much attention to, this alternative to the traditional “All Rights Reserved” practice.

I learned that some OA journals allow authors to retain copyright. Having signed quite a
few copyright transfer forms myself, I thought that all journals would require all authors do this.

I learned more about questionable publishing practices, or, the practices by the so-called “predatory” journals, although we do not use that term at DOAJ.

Have you learned anything about Open Access in South East Asia specifically?

Korea and China are similar in culture and yet in China, only a very tiny percentage of journals are published in English. However, a considerable number of Korean journals have switched from Korean to English and others are new OA journals which have started in English. That is a sharp contrast between China and Korea I did not know of before.

Japan seems less interested in OA than Korea. Since Japan is a leader in economy,
technology, research, and pretty much everything in East Asia, one would think Japan would publish more OA journals than other Asian countries. Surprisingly, my group at DOAJ processes way more applications from Korea than from Japan.

Everything I have learned through DOAJ has helped me in doing both my library work and my own research. Also, when DOAJ showed up as a resource in my library’s OpenURL link resolver, I didn’t need to do research on what it was and didn’t hesitate to activate it for my library users.

Overall, I find volunteering at DOAJ very rewarding. For me personally, it is
a window of opportunity that opens grand views and creates many possibilities.

2 comments on “Guest post: Being a volunteer at DOAJ”